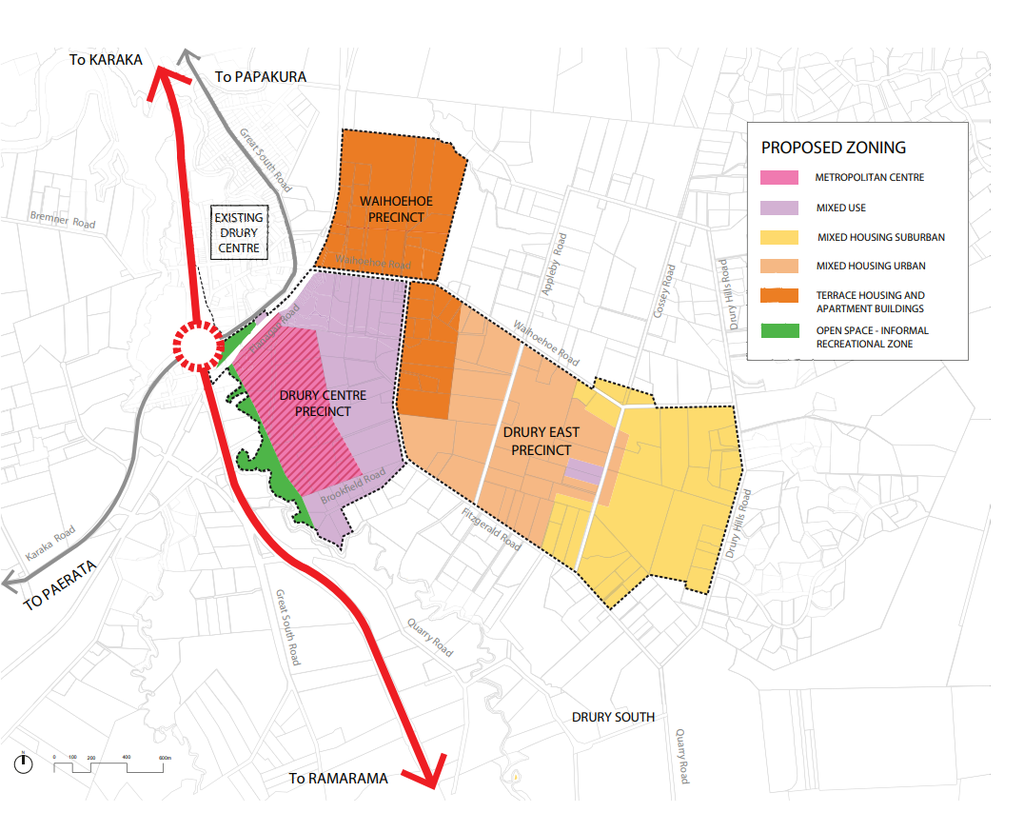 Sue Simons and Kate Storer have successfully obtained rezoning of 184 hectares of land for residential development at Drury East.

Plan Change 49 to the Auckland Unitary Plan was requested by Fulton Hogan Land Development Limited (FHLD) and has been approved alongside PC48 (Drury Centre) and PC50 (Waihoehoe Precinct) which together, represent a comprehensive scheme for the development of a major new Metropolitan Centre at Drury East.

FHLD worked constructively with the other Drury East developers, Kiwi Property and Oyster Capital, to develop an integrated scheme for the three plan change areas. PC49 enables a range of housing typologies to be constructed in close proximity to the new Drury Centre, adopting a concentric zoning pattern which concentrates zones that enable greater height and density closest to Drury Centre and the new Drury Central train station.

Many of the expert team were shared across the three plan change areas, and the three teams worked closely together. This collaborative approach is unusual and represented a major opportunity to ensure coherent outcomes across the entire Drury East area.

Notwithstanding the identification of Drury as a priority growth area by Auckland Council and central government, the three plan changes met with strong opposition from Auckland Council (as submitter) and Auckland Transport on the basis that insufficient funding is available for key infrastructure requirements.

The first resource consent applications have already been lodged for the development and FHLD hopes to begin earthworks next year.

“We are very pleased to have obtained this important outcome which will unlock Drury East for development in accordance with the Drury-Opāheke Structure Plan.

The Drury East plan changes were highly contentious thanks to the Council’s dogmatic opposition to the development of Drury. It is unfortunate that Council chose to invest its resources in such litigation rather than engaging with the developers in a constructive manner.

Ultimately, the Panel’s decision was comprehensive and well-reasoned and we are very happy with the result.” 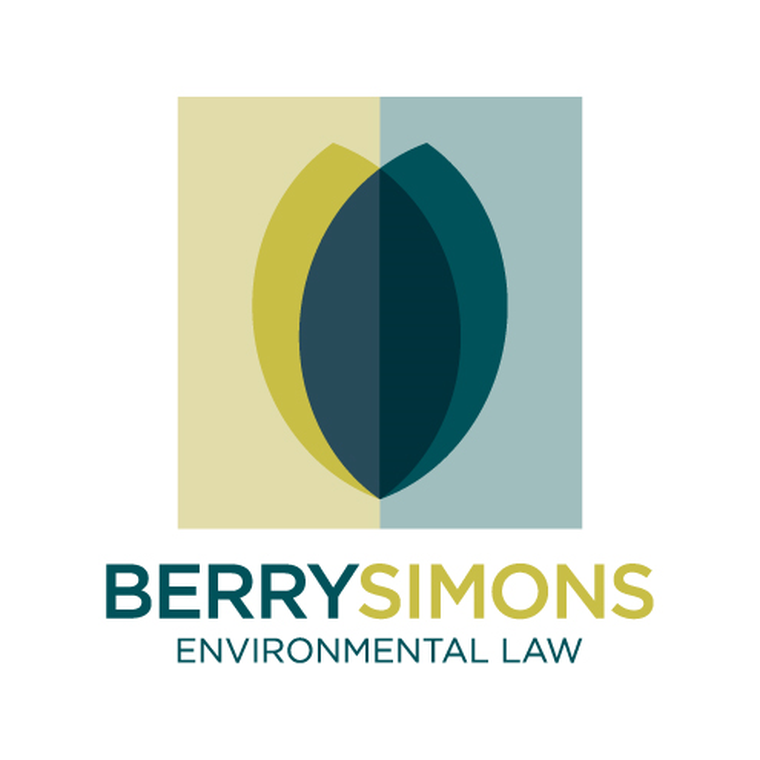 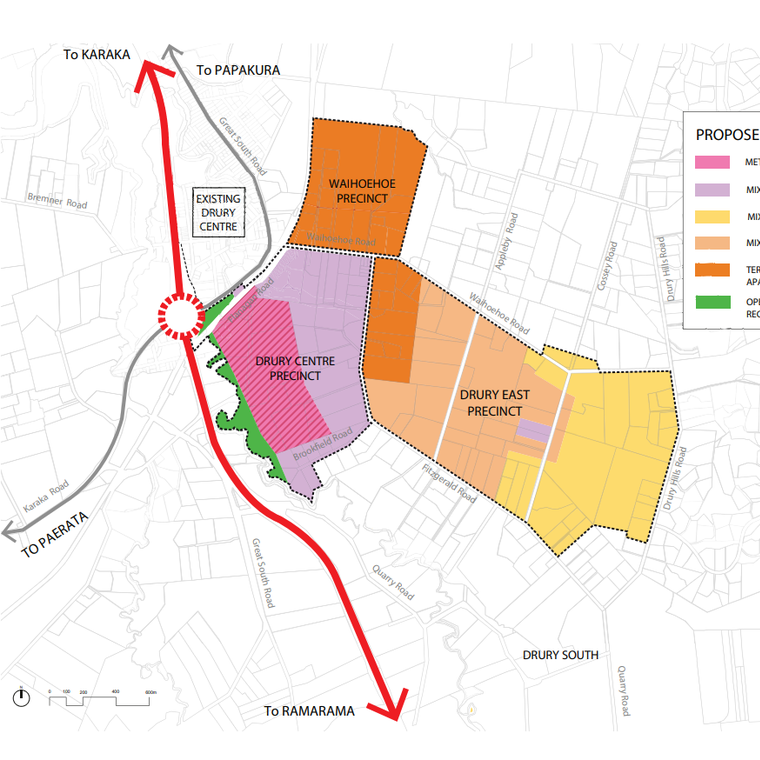 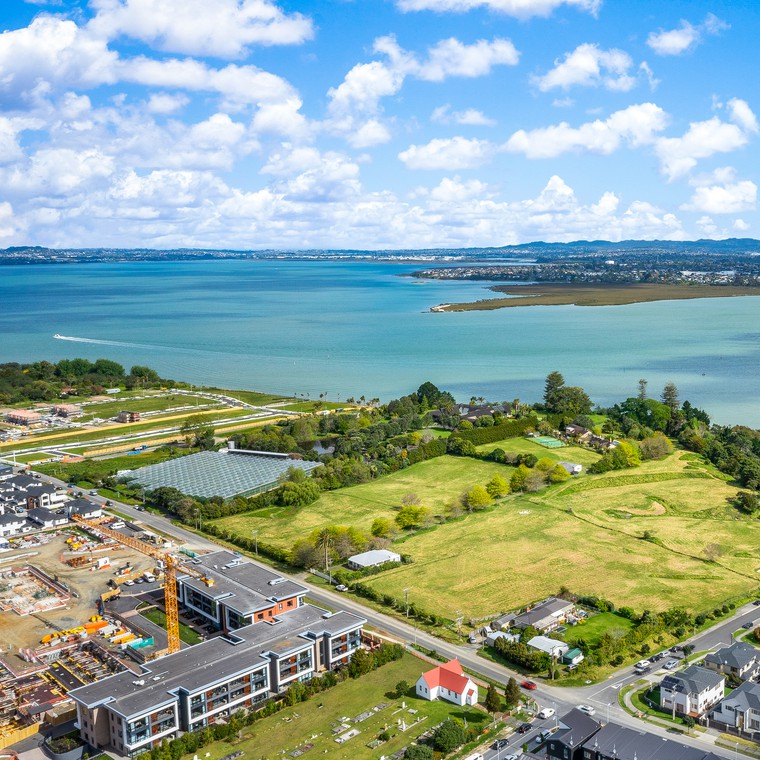