RMJ Article: Death of the RMA by a Thousand Cuts 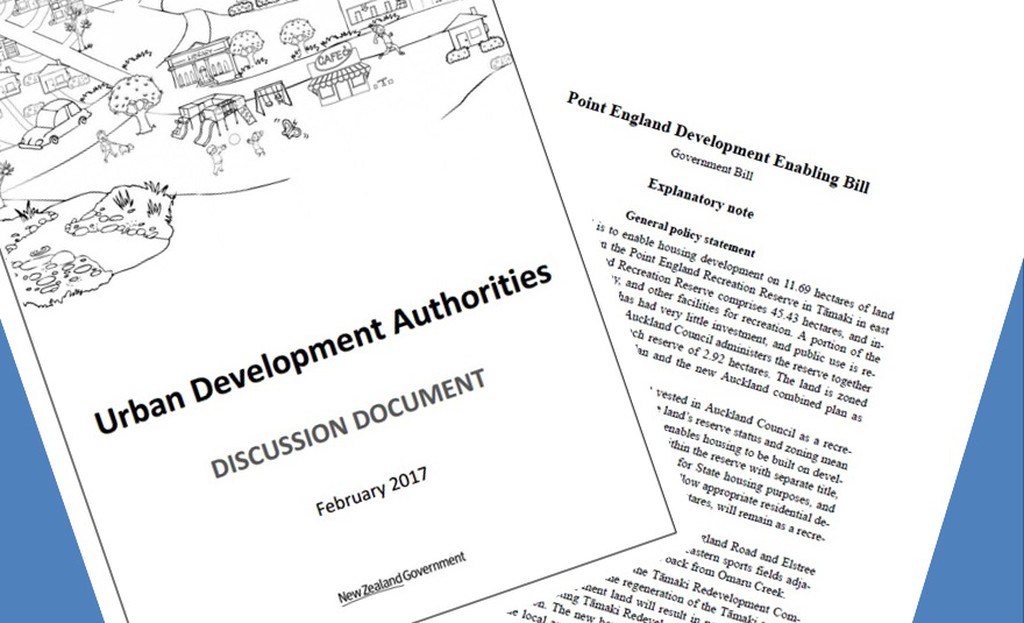 In an article just published in the Resource Management Journal, Berry Simons Partner, Simon Berry, and Senior Associates, Jen Vella and Helen Andrews, have expressed the concern that two recent legislative initiatives continue the increasingly evident trend towards ad hoc decision-making processes under the Resource Management Act 1991 (“RMA”) at the expense of access to environmental justice and quality decision-making.

In an RMJ article published in August 2016, the authors saw the (then) Resource Legislation Amendment Bill as being symptomatic of the continuing decay of New Zealand’s Resource Management framework and institutions, and the quality of decision-making in that space, as a result of:

The latest RMJ article adopted these concerns as touchstones for assessing the latest initiatives promoted by the Minister for Building and Construction, namely the MBIE Discussion Document on Urban Development Authorities (“UDAs”) and the Point England Development Enabling Bill (“Point England Bill”).

The article concludes that the latest initiatives are a source for real concern:

“We indicated in our August 2016 paper that the Government’s attitude towards notification and access to justice had spawned proposed reforms of a nature never seen before – amendments that represent a difference in kind rather than degree that if enacted would strike at the very heart of the RMA. Analysis of the PE Bill and the UDA initiative demonstrate that what we have before us is more of the same – but worse.”

“One must ask when are the erosions of the RMA, RMA processes and RMA institutions going to stop? Access to environmental justice and quality decision-making in this space are not luxuries. They should not be dispensed with when the government thinks that RMA processes might cause inconvenient delays,” says Simon Berry. “We seem to have a new breed of politicians and officials who think of this type of ad hocery and a high-handed approach to due process as being the norm. It’s time to call a halt to this tinkering and have the type of mature debate about the future of the RMA that commentators such as EDS, the Property Council, the EMA and Infrastructure New Zealand have been calling for.”

The potential impact of the UDA proposals on the RMA

The intention of the UDA initiative is to enable urban development projects to be fast-tracked by enabling the Government, working with local councils, to identify qualifying projects to be planned and facilitated by publicly-controlled UDAs, potentially in partnership with private companies and landowners.

The UDA proposals have some merit to the extent that they could assist to address the lack of coordination between the planning of urban development and the funding and delivery of infrastructure that has been an impediment to enabling growth of our urban areas. It is proposed that the Government be given very broad powers. Once a suitable project is identified, the Government has the power to set the “strategic objectives” of the project; select which development powers the project can access; determine who can exercise the development powers for the project and who is accountable for delivering the project’s strategic objectives.

The Discussion Document notes that UDAs will be empowered “…to override existing and proposed district plans and regional plans, and streamlined consenting processes.” This is a major concern.

“The process by which qualifying developments are identified and the strategic objectives of the development / UDA are set is akin to a major plan change exercise that can override not only the zoning pattern of a district plan but also carefully developed growth strategies in regional policy statements. These are documents arrived at after lengthy processes and upon which major investment decisions are made,” Berry says. “Yet the only requirement is for a council to “consult”, with no need for a formal hearing let alone appeal to the Environment Court. This is expediency on steroids, and reflects an increasingly familiar contempt for due process and access to environmental justice,” he adds.

The Government’s proposals for the development of UDAs to fast track urban development projects are outlined in the MBIE Discussion Document, which is open for public consultation with submissions closing on 19 May 2017. Given the ability to comment, the shortcomings of the UDA proposals can still be addressed.

The Point England Bill is being enacted to fast track the development of a large area of the Point England Recreation Reserve in Tāmaki to enable housing development. Under the Bill, the reserve status of the land will be revoked and it will be rezoned to Mixed Housing Urban, but without any of the rights to public participation that would normally arise under the RMA or the Reserves Act 1977.

The Bill has caused a significant local backlash. No assessment of social or ecological effects has been undertaken nor has the public had the opportunity to be part of any process. Quite aside from the wisdom of foregoing reserve land in a rapidly intensifying city, the upshot is that the land will be rezoned in a complete vacuum in terms of the type of information that would ordinarily be required for a plan change, and in the knowledge that the proposal is likely to have adverse effects on native fauna which have not been assessed.

The Local Government and Environment Select Committee reported back to the House on the Point England Development Enabling Bill on 13 April 2017 and the Bill is currently awaiting its second reading.

It is ironic that the central feature of both housing initiatives is the curtailment or, in the case of Point England, complete avoidance, of RMA processes. One would have hoped that the Minister for the Environment would be a gatekeeper for the maintenance of both environmental quality and environmental due process. But, as noted in our article:

“… the motivation to achieve rapid housing development…is overriding the need for good decision-making, proper environmental assessment and access to environmental justice. It is clearly contrary to sound administration for both portfolios to reside with the same minister and the existing or any new government following the General Election should address this issue.”

“If sound environmental outcomes, due process and quality decision-making are not going to be compromised in order to achieve rapid housing growth, the tension between the two around the Cabinet needs to be restored,” says Berry, “The recent Cabinet reshuffle altered some responsibilities but did not squarely address the issue.”