In March 2017 Sue Simons was offered the unique opportunity to join a Yale University Educational Travel Tour of Roatan Island off the coast of Honduras in the Caribbean. 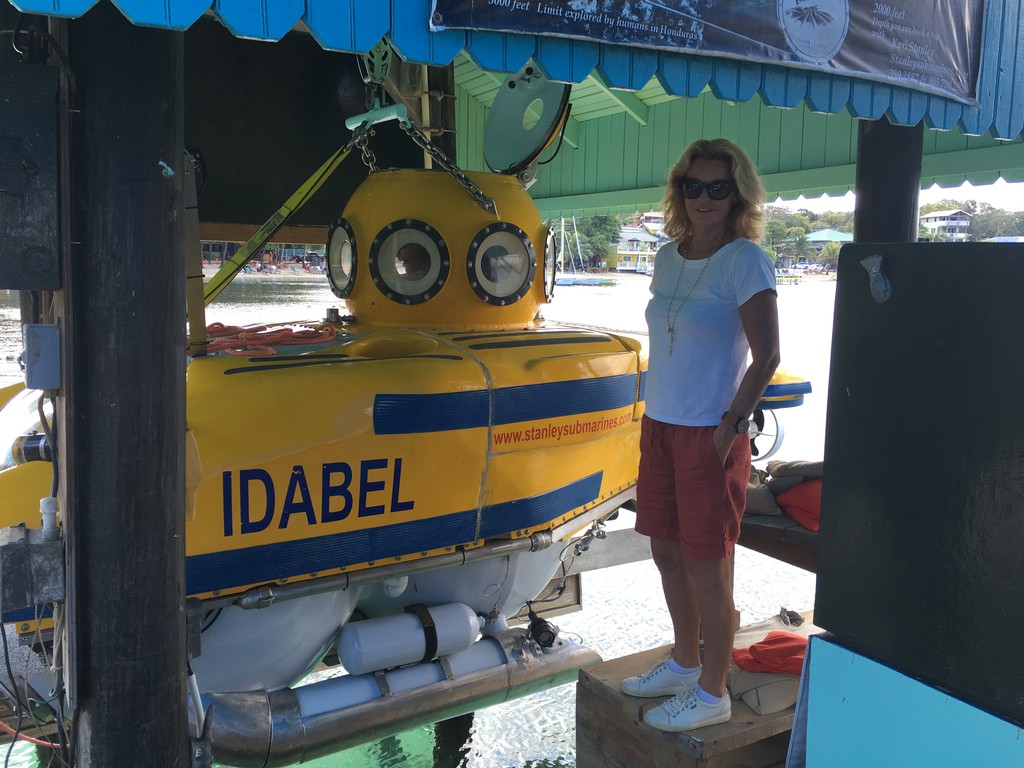 In March 2017 Sue Simons was offered the unique opportunity to join a Yale University Educational Travel Tour of Roatan Island off the coast of Honduras in the Caribbean.

The team comprised Yale Alumni and invitees and stayed at Tranquilseas Eco Lodge at Sandy Bay on Roatan Island which overlooks the world’s second largest coral reef system. The reef runs along the Cayman Trench which drops down 25,000ft.

Each evening there was a lecture on local environmental issues from a Roatan local with an interest in the wellbeing of the island and the reef in particular. Speakers included Mickey Charteris, the author of ‘Caribean Reef Life: of the Bay Islands, Honduras’, who addressed the risks to the reef from tourism, development and overfishing.

His views were mirrored in a lecture by a representative from the Roatan Marine Park, a service which is woefully underfunded. One of the obvious obstacles to protecting the delicate reef system is to educate the Islanders on sustainable fishing practices which, given the overwhelming profile of poverty on the island, is an uphill battle with such limited resources available. The Honduran Government is encouraging tourism without investing in the necessary infrastructure and there are almost no controls on the way development is managed.

“The recent OECD Report which has been highly critical of New Zealand’s environmental track record was released while I was on Roatan. Within that company, I was frankly embarrassed and it occurred to me listening to these lectures and discussions how unfortunate it is that New Zealand appears to be behaving like a ‘developing’ nation with a downward trending attitude to environmental protection.”

On a lighter note, the days were spent snorkelling and diving the reef at various points around the island. A real highlight was the opportunity to take a submarine, the ‘Idabel’, to a depth of 2,200ft into total darkness down into the Cayman Trench. The submarine was built and is owned by Captain Karl Stanley who offered an opportunity that less than 10,000 people have ever experienced. As Sue reflected:

“This was the most extraordinary experience, like travelling through outer space and the absolute highlight of the trip.”

The descent took 45 minutes and while the temperature was 28˚C at the surface socks and jackets were required at 2,200ft. Life at that depth, which has adapted to the extreme pressure, cold and absence of light, is quite different from anything seen at the surface.

On the final day of the tour the team took a boat to the Cayos Cochinos, a large marine reserve dotted with islands, one of which is populated by the Garifuna people who are a community descended from 17th century released or escaped slaves. They offered lunch and showed the team around their island.

In the afternoon a pod of over 60 dolphins followed the boat back to the main island through a “tuna boil” which served to provide dinner for the team.

“Overall, it has to be said, that the 10 days on Roatan not only offered me insight into a completely different world but gave a global context to the work we do in Environmental law in New Zealand.”